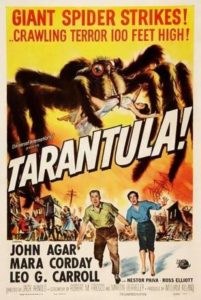 It’s large…it’s furry…it has eight legs…and it’s coming…to eat your insects!! *screams* Yes, it’s a tarantula, one of our area’s most feared creatures. But they only look terrifying; the primary species found in Quintana Roo is actually quite docile and reclusive, despite what Hollywood would have us believe.

They like to live in burrows in the soil, so it’s most common to see them in our jungle landscapes, rather than near the sea. Tarantulas do like to hunt in trees, and in addition to eating insects, they’ve also been known to consume lizards and frogs as well…pretty much anything that doesn’t eat them first. 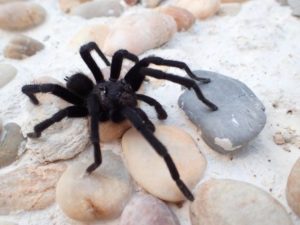 And you’ll be glad to know, the species found here is the most popular one for pets, because of their docility. It’s rather rare for them to bite; it’s much like a bee sting, but some folks can have an allergic reaction to them. They do have urinating bristles as their main defense mechanism, so if they don’t like you handling them, those bristles can get embedded in the skin and cause quite a bit of pain. So try to leave the peaceful tarantulas alone, and they’ll leave you alone.